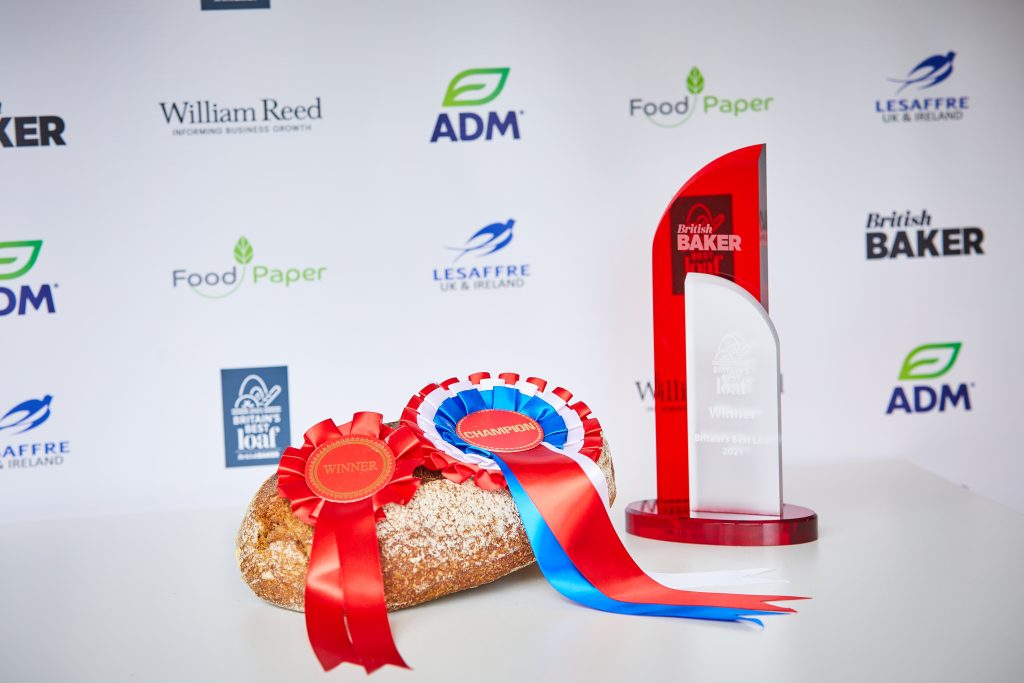 Our passion is your passion, we were proud to support Britain’s Best Loaf for the second year running (and look forward to supporting again in 2022), our aim is to support and help the artisan and craft bakery sector grow and grow. Let us give your bakery business an edge by supporting you with product guidance, technical advice and support, inhouse point of sale and much much more.

A panel of experts gathered in July to judge an amazing selection of breads across five categories: White, Sourdough, Innovation, Wholegrain and Gluten-Free.

Joe’s Bakery were crowned the winner of Britain’s Best Loaf 2021 with their Prune & Cardamom Sourdough. ADM caught up with Martin Hunt owner of Joe’s Bakery to chat all things sourdough and his feelings on winning Britain’s Best loaf 2021…

ADM and Joes Bakery’s has a long-standing relationship going back many years, over those years the bakery has used several different ADM flours – Sovereign and Prairie Gold to name just a couple. “Quality, consistency, service and price are the most important things I look for in a supplier” says Hunt.

Bristol born and bred Hunt, originally brought the bakery some 35 years ago, having no background in the baking world. Hunt says, “I chose to invest in the bakery because it looked like a good well-established business that had a bright future.” Along with his wife Jane they soon took the reins and spent many hours learning and developing from the bakery’s skilled bakers and confectioners. Hunt even ventured overseas to Spain, France, Germany to expand his skills and gain more experience. Over time the bakery grew and grew which led to some expansion to the business. There are now 2 shops; the original “Joe’s Bakery” and “Joe’s Bakery at the Breadstore”. 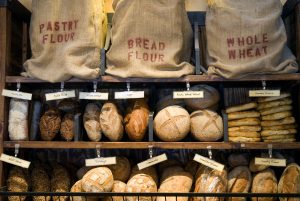 Hunt says, “We started doing sourdough very early on, way before the trend had even started to really take off about 12 or 13 years ago. We worked and worked it to make sure we had a consistent sourdough and now we have a very substantial range including original sourdough, mild white sourdough, 50/50 wheat and rye, brown sourdough and 100% rye sourdough”.

As well as the extensive range of sourdough offerings another best seller is the portokalopita cake, which is a deliciously different cake, this cake was inspired by a family trip to Greece where a local restaurateur taught Hunt the secret to making this citrusy sponge cake. It’s different because here the phyllo is shredded to bits. The gorgeous orange and cinnamon syrup ensure this cake stays beautifully moist. 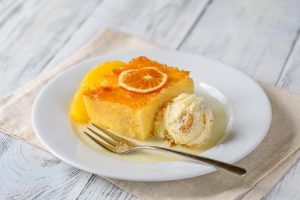 Joes Bakery has previously entered the competition several times over the years with some success with different category winners and highly recommended, but he says winning the main award is just that extra bit special.

With the Mild White Sourdough receiving a Highly Commended rosette in the competition’s Plain Sourdough category this year, you might get the idea of the form Joe’s Bakery’s best loaves take. However, they have proved they are no one hit wonder by also winning the event’s White category with its City Loaf.

The winning prune and cardamom loaf has been sold at Joe’s Bakery on and off for several years and although it is normally a seasonal item, Hunt says he may now make it available earlier than its traditional Christmas slot, so watch this space!

Hunts says “I was away for a couple of days fishing when the news was announced and we were out with friends when I heard; to win one category was wonderful but to actually have the honour of winning Britain’s Best Loaf was fantastic”

Hunt said the winning breads were very much a team result and he praised the huge effort of his 35 staff, which includes his wife Jane and company directors Wayne Thick and Jenny Rogers. Wayne has been bakery manager for several years now and along with his partner Jenny (shop manager) they hope to take the business over in the coming years.

Joe’s Bakery appears to have the recipe to create some innovative and award winning loaves, can anybody take up the challenge for 2022?

ADM were lucky enough to have one of our own on the judging panel, Keith Wooller – National Technical Support Manager, here’s what he has to say about the day:

“Having Judged many Bread and Confectionary competitions over the years, it was interesting to be involved with Britain`s Best Loaf especially during continued strange times and the event needed to be judged again behind closed doors.

Britain`s Best Loaf competition did not differ too much from any I have judge previously, you are always looking for visual, crumb structure aroma, taste, and overall quality.

The real difference was, as there were several judges – it was nice to catch up with industry colleagues I had not seen for some time and update – albeit from behind masks!

We were split into groups of 3 to judge individual categories, which was a task in itself.  However sticking to the above mentioned principles of judging. The top three winners from that group went forward into the final selection.

The top entries from each category all of whom were great were judged by the overall judging team to obtain the overall winner.

This was done by a vote/show of hands once all had a chance to review, examine, taste and smell the products.

It surprised some of the British Baker team that the overall winner had a 100% show of hands from the judges. Proving this product a worthy winner!

It had a good balance of sourdough flavour and aroma, laced subtly with prune and cardamon to keep you going (back for more that is), and stood out as this year’s Britain`s Best Loaf. 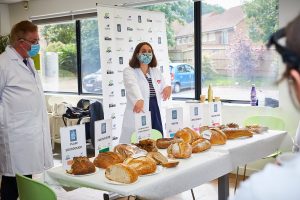